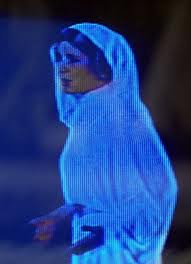 My friend Chloe is a yogini. Aside from being lovely and flexible and hypnotizing me with her long, graceful arms when she wears those billowy-sleeve blouses, this also means she’s all spiritual and stuff.

(They’re probably hemp. The blouses. I’m not trying to be catty, but they probably are.)

Chloe is married to Ken, who is either a successful magnate posing as a laid-back, hot-tubbing guy or the other way around. I really can’t tell for sure. Suffice it to say he’s got two manifestations.

Ken is a magnificent husband to Chloe, who, despite being spiritual, can be as all up in his face as any less limber woman. And when Chloe’s vocal dissatisfaction reaches a certain pitch, Ken splurges and sends her on retreats in exotic locales. Which is brilliant because a) he’s exhibiting how much he adores her; b) he’s getting rid of her; and c) he’s forcing her to deal with her own shit.

All at the same time.

Chloe and Ken have something like seventeen kids between the two of them, but only one of them is young enough to still  live at home. A daughter named Cooper, who is the same age as my son. They live about 30 minutes up the mountain from me, in an adorable little adobe palace whose archways and walls are all soft and curved, womblike, lit with ambient light in rosey hues.

(Okay, I think I might be making up the rose-hued stuff, actually.

But the rest of it is true.)

A couple of weeks ago, there was a huge storm here. The road leading to Chloe and Ken’s house was completely washed out in a mudslide. They lost their electricity and their phone service and were stranded up there for days.

(This is also true.)

Today I run into Chloe for the first time since that happened and we take a few minutes to catch up. She matches my acrid espresso order with a beautiful-smelling tea that has all sorts of tiny flower buds and fairy wings in it.

“How did Cooper do with the storm?” I ask, of Chloe’s daughter. “Was she pretty freaked out?”

Chloe turns and smiles demurely at me, as though she’s on an acid trip and it’s some pleasant surprise to find that I’m suddenly sitting next to her.

“Cooper?” she asks, confused, and her brow furrows daintily beneath her pixie do.  “She was fine. Why?”

“Why? Helicopters came for you, Chloe!”

I check Chloe for signs of perjury and try to imagine the reaction of my own son stuck with me in the same scenario.

(We were once stuck together in a tent during a tornado warning, and the only way I was able to calm him down was to dose him with Benadryl.)

“Cooper has this unwavering confidence in Ken’s and my ability to take care of her,” Chloe tells me.

I am a slow person. And it’s frustrating. Because Chloe delivering that line has the effect of someone striking me in the back of my head with a baseball bat. And my body knows right away it has suffered some kind of trauma, but it takes my brain a long, long time to interpret the injury.

I am no longer even thinking about Chloe when my mind loads the Princess Leia hologram reel.

Like the young Jedi, Luke, I play the hologram over and over again until I am able to decipher its precise meaning to me.

Or in other people. Whatever.

But if I were to load a droid with a hologram of myself and launch it in an escape pod, it would have no destination.

Because there is no specific person in whom I have unwavering confidence.

“Help me….” I would say, followed by a long pause while I searched for the name of anyone even remotely capable of defeating the Galactic Empire. “Oh shit. Nevermind, R-2. We’re totally fucked.”

So then I am struggling to figure out if maybe as a child I’d had faith in someone when the next dawning comes, and it’s so much worse.

I am pretty sure he knows I am flimsy at best.

Nonetheless, I try to cast off the rapid succession of memories in which I’m displaying massive hysteria in his presence, and imagine a world in which my son places absolute trust in me.

And driving to pick him up from school, I actually lead myself to believe that maybe I’ve underestimated my status with him.

When he throws open the car door, I just go ahead and ask.

“Hey, do you have unwavering confidence in me?”

Django looks at me as if something is more wrong with me than usual.

I attempt to assure him that I haven’t done anything, but he doesn’t believe me. So then I have to give him the whole backstory on how things have gotten to this point.

“I just want you to have an Obi-Wan, Django. Even if it’s religious, you know? Like Lord Shiva or…”

“Lord Shiva? Who the hell is that? Did you take your pills today?”

See what I mean? Totally not unwavering confidence material.

So I’m considering how I might have done things differently, concealed more of my personality, when Django says, “Besides, there is something I have unwavering confidence in.”

And because I recently got feverish and spent about sixteen hours in bed watching back-to-back episodes of Glee, for a minute I think he is going to say, “I believe in the power of song, Mom.”

But instead he’s holding this dynamite:

You can call off the search party for that escape pod.

The call is coming from inside the house.

(I know. I know. I’m getting all jiggy with my references. I apologize. I do. It’s this damn post-modern twitch.)

“You know, you should have unwavering confidence in yourself, too, Mom.”

“Sure, why not? I mean, even if you’re kind of crazy, you’d know not to take a step forward if you were standing on a precipice, right?”

“Standing on a precipice that was also Sarlacc, the pit monster’s mouth?” I ask.

(Because, actually, Luke did take a step forward in that instance.)

“Nevermind,” he says. “Just have confidence. And stop talking.”

7 thoughts on “you’re my only hope”