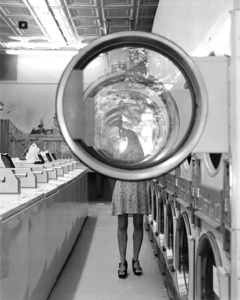 Very early on, I noticed how one side of Bruno’s mouth would draw up in a sneer when he wasn’t paying attention. For all of his carefully manicured self-possession, this was, at first, the only tell to his unrefined character.

It was for the rest of that character to show up that I waited.

And I was the one saying it.

On paper, he fit the description of the man for whom I thought I was looking.

But in person he was oddly reminiscent of a crude police sketch, with hastily-drawn details that made the composite less convincing, somehow.

I couldn’t place it with any real precision. But I held back regardless.

My son was two at the time, turning three.

So it wasn’t just for me that I held back.

Life had given me a very special reason not to fall, which was nice of life.

I’d never been big on safety nets when it was just me, but now I had them rigged everywhere.

Bruno took my cautionary nature in stride for weeks. Chivalrously unloaded my son’s seat from the back of his car when I changed my mind about our going places with him at the last minute. Didn’t call during naptime. Things like that.

But over time the levels of his graciousness began to plummet and spike in unexpected fits and starts.

I wasn’t much for going out, but sometimes I’d allow him to accompany us on mundane little errands. He’d sit on the folding table at the laundromat, elbows on knees, and grill me about my past and our future.

“You’re not letting me in because you’ve been hurt.”

“I don’t think so. Everyone’s been hurt.”

“If you’d let me move in with you, you’d see what I could do for you and your son. You don’t know what you’re missing because you’ve never had it.”

I pushed the lever in and the quarters made a satisfying chink.

“Why can’t you just enjoy it when we’re together?”

Bruno scowled and looked at the other men standing around as though he had murder on his mind.

“Are you wearing underwear?” he suddenly asked, squinting at the lower half of my dress.

While we waited for the clothes to dry, we’d sometimes take a walk through the nearby park. Once when I stopped to tie my shoe, Bruno took over on the stroller. I don’t know how my son knew the difference, but he craned around almost immediately to see who was pushing.

But the more days that passed, the less true that statement became.

At some point in there my landlord raised the rent. And like a strange opportunistic predator, Bruno lunged.

“There’s no way you can afford it. I’ll have to move in. We could get married, if that’s what you want.”

I guess that was a proposal, but it snuck in sideways, cowardly, as though hoping not to draw attention to itself.

“We don’t need you,” was my answer, to his trying to mash himself into our lives like the wrong puzzle piece.

“I don’t need you either,” he said, skipping a rock across the pavement.

But I suspected that he did.

“Look, I can’t do this anymore,” I told him, on the phone, late one night.

He was out on a full-moon hike, called four times in a row to tell me about it.

My son was sick. I was tired and worn, but suddenly very clear that I was done giving my energy to this man.

That was Bruno, raging. And I could glean from the ensuing sounds that he threw the phone against something and then stomped on it.

Probably wishing that it were my head.

I sat listening for one shocked moment before putting down the phone to double-check the locks on the front door. Then I snuck into my son’s room, where I lay awake and alert beneath his loft bed, wondering what it was in me that had needed to wait for proof of something my intuition had suspected all along. What it was in me that had practically invited disaster to present itself.

Was it simply to see how the story would unfold?

Having sensed the conflict, had I simply become curious as to the how? That rather lacked imagination on my part. Far better that I would have written my own ending.

It was, after all, my story.

6 thoughts on “holding back”