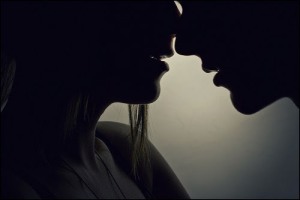 He’s big on feedback. Likely because he knows he’s good.

“LOL. Yeah, I have a lot of different ways of fucking,” he responds, and she doesn’t think much about it.

Until the next time, when he shows her some of the ways in which that comment is true.

Afterwards she laughs, in large part because of all of the endorphins his talent triggers, but also because he’s illustrated yet another way in which, up until now, this girl has been selling herself short.

What opulence when his movements were slow, loving, fluid, easy.

She grows to love this about them.

How they are so many different people to each other.

And how they are no one at the same time.

The weeks roll by in which she welcomes him into her room, her bed, her body.

And her impressions of him are infinite.

But relatively unimportant in relation to the experience she’s creating for herself through being with him.

Tearing down so much of the structure that has been handed down to her.

And creating instead a thing of beauty, her own design.

“You’re a carpenter,” she laughs, as she lies next to him, imagining this.

She’s been prohibitive about communication, but this much she knows.

Along with one or two other things that he’s managed to sneak in.

He’s also a firefighter. A daddy.

She can hear the smile in his voice.

“I think Jesus was a carpenter,” she muses.

He laughs. Runs his fingers along her sweaty hairline.

She slides down the length of his muscular body and runs her tongue along the side of his torso, just because.

The carpenter tastes so good to her.

Later, grabbing fistfuls of her bum in the process, he enters her from a position she never could have devised herself. Because logistically it shouldn’t have worked.

Days later, the technical aspect of it will still confound her, and remind her, oddly, of the circus.

“How come a man has never done that to me before?” she wants to know.

And a desire to give her pleasure for no apparent reason but that she exists.

The palace she ends up with will be hers, but she’s not without gratitude for the man who was sent to help with its construction.

10 thoughts on “the carpenter”